This event is highlighting Native American Heritage Month and will be hosted virtually on YouTube at https://youtu.be/ZDQ1W3kQowI 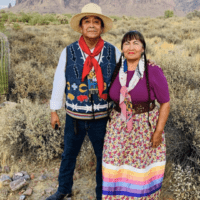 An enrolled member of the San Carlos Apache Tribe, an accomplished cultural teacher, singer, flute player, artist, and storyteller. He is a graduate of the Institute of American Indian Arts, Santa Fe, NM. Mr. Duncan is the founder/director of a family business, YELLOW BIRD PRODUCTIONS. Recently Ken was accepted into the 2020-21 ASU Teaching Artist Program. Among his many accomplishments, Ken has lectured on American Indian cultures across the United States and throughout the world including the United Nations in Geneva, Switzerland; the Kennedy Center for the Performing Arts, and The Smithsonian’s National Museum of the American Indian in New York AND in Washington DC.

Ken has served as a Native American consultant to the US State Department and the Department of Defense on numerous Foreign Goodwill tours to US Embassies and Consulates in Central Asia, Eastern Europe, the Middle East, Central, and South America. Ken was named Culture Keeper of Arizona by Arizona’s Governor’s office in 2004 and was also recognized with the Arizona Native American Business of the Year Award in 2015. He has performed across the United States and throughout the world including 2012 Summer Olympics in London, England, the World Alpine Ski Finals in Bormio, Italy, and the UNESCO International Culture Fest in Uzbekistan.

Doreen is an enrolled member of the Mandan, Hidatsa, and Arikara Nations of North Dakota. She is a graduate of the Institute of American Indian Arts and received a Bachelor of Arts Degree in Education from Arizona State University.

Doreen served as the Museum Director of the Huhugam Ki Museum for the Salt River Pima Maricopa Indian Community for 10 years. She has also worked at the Heard Museum in Educational Programs.

Doreen currently is the Manager of the family business, YELLOW BIRD PRODUCTIONS. Under her management, Yellow Bird has made an appearance on The Tonight Show, The Billboard Music Award Show, and the Summer Olympics in London, England. Doreen has successfully secured a 10-year exclusive contract with Talking Stick Casino Resort and the Phoenix Desert Botanical Gardens.

The matriarch, Tribal Museum Director, Educator, Entrepreneur, and Ambassador of Native American culture. Within all these roles and throughout her diverse life’s experiences, she continues to achieve her passion to promote a positive and accurate image of Native American people. 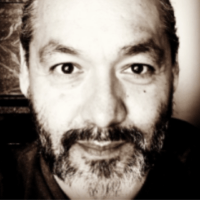 Dustin Jansen is an enrolled member of the Navajo Nation. He currently works as an Assistant Professor of American Indian Studies at Utah Valley University and is serving as the Director for the Utah Division of Indian Affairs. For nearly 13 years, Dustin has served in a judicial capacity for different tribal communities.

Dustin has served as a tribal court Judge for the Confederated Tribes of the Goshute Reservation, a Pro Tem Judge for Zuni Pueblo, and as a Hearing Officer for the Navajo Nation Office of Hearings and Appeals. Dustin received his Associate of Science from Utah Valley University, Bachelors in History from Brigham Young University, and his Juris Doctorate from the University of Utah’s SJ Quinney College of Law. Dustin currently lives in Provo, Utah with his wife of 19 years and their four children. 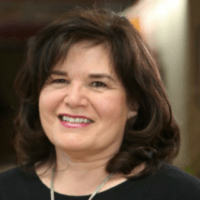 Jackie is the President and CEO of the Tlingit & Haida Regional Housing Authority and the CEO of Haa Yaakaawu Financial Corporation in Juneau, AK. She served for 18 years as the longest-serving Executive Director of the National Congress of American Indians in Washington DC an organization led in policy development for all tribes with Congress and the Administration. Prior to that Jackie served as Deputy Director of Native American Programs for the US Department of Housing and Urban Affairs implementing the Native American Housing and Self Determination Act a program she helped design and advocate for as Chair of the National American Housing Council. Jackie also serves as a Tribal Delegate for Central Council Tlingit & Haida Tribes of Alaska.

Jackie is currently serving as a board member for the Caroline and Ora Smith Foundation, which focuses on STEM for Native girls; members of the Native American Advisory Council for U.S. Lacrosse; and on the Mayor’s Homeless Task Force for Juneau, Alaska. Prior board experience includes Vice President for the Leadership Conference on Civil Rights and Human Rights; George Gustav Heye Center of the National Museum of the American Indian in New York; Board Member for Sealaska Corporation and its various subsidiary boards; Vice-Chair Alaska of Housing Finance Corporation; among others. Jackie is Tlingit/Raven, L’ukaax.ádi, Kaagwaantaan yádi (child of). Her Tlingit name is Ku seen. 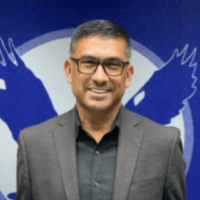 Greg Mendoza is a descendent of the Akimel O’odham/Tohono O’odham/Yaqui tribes works as Fund Development Manager for United National Indian Tribal Youth, Inc. (UNITY). A member of the Gila River Indian Community, Mendoza is responsible for supporting UNITY’s mission by cultivating donors and procuring the necessary funds to maintain and grow our important programs and services.

Mendoza brings more than 30 years of work experience in the areas of youth development, public policy and tribal government. He is the immediate past Governor of the Gila River Indian Community and served his local community as a Community Council Representative representing the District Four Community. Prior to public office, the late Gila River Indian Community Governor William R. Rhodes appointed Mendoza as his Chief of Staff and Chief Policy Advisor, a position he held for six years. In 1988, he founded and directed the Akimel O’odham/Pee-Posh Youth Council, a nationally recognized community youth leadership development organization serving the needs of the youth of the Gila River Indian Community. He holds an Associate degree in Tribal Management and a Bachelor’s degree in Business Administration. He served as a former ASU Native American Alumni Chapter Board Member, Treasurer/Board member for the National Indian Education Association, Co-Chair for the Tribal Champions Council for Boys and Girls Clubs in Indian Country and has served as a member of the Council of Trustees for United National Indian Tribal Youth since 1997.

We were so happy to see so many students who participated in our Stem Fair this morning. We had judges talking to the students about their projects and kiddos so excited to show off their hard work....

Welcome to another Cubs Teacher Feature Friday.  Today we are introducing Sheliah Saluone who is our Fifth Grade DLI English Teacher. Miss S has a 3 year old son. She enjoys planning...

Welcome back, Canyon Crest students, families and teachers, to 2022! We hope you all were able to have wonderful celebrations with family and friends these past few months. Despite challenges over the past year, there are always splendid things to celebrate! Now that the holidays are behind us, we come to the heart of our […]