Mrs. Stone’s third grade class learned that electric force can move objects without touching them.  Their class did some experiments to create static electricity that causes objects to attract or repel each other.  The objects do not even have to touch.  The kids had lots of fun doing the experiments. 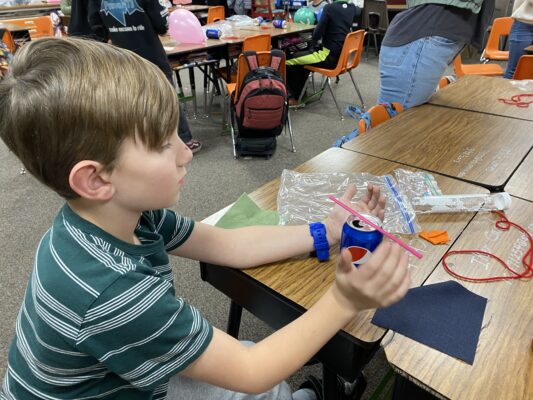 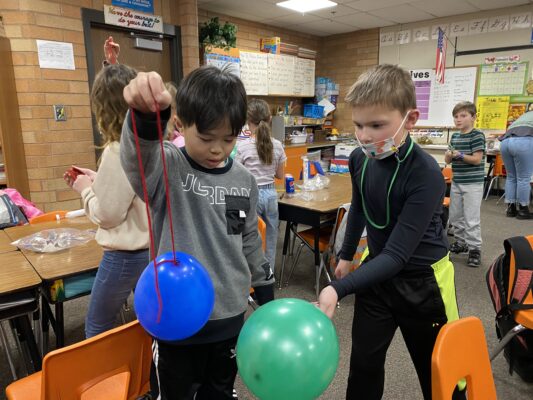 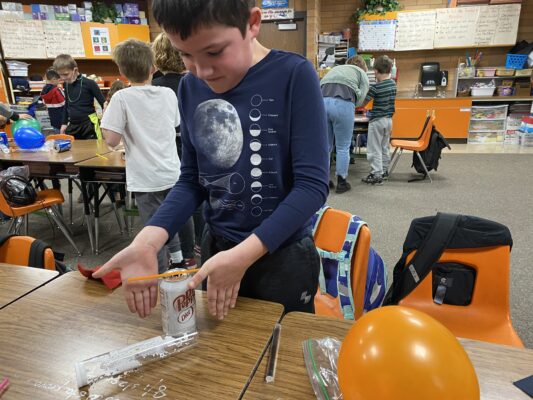 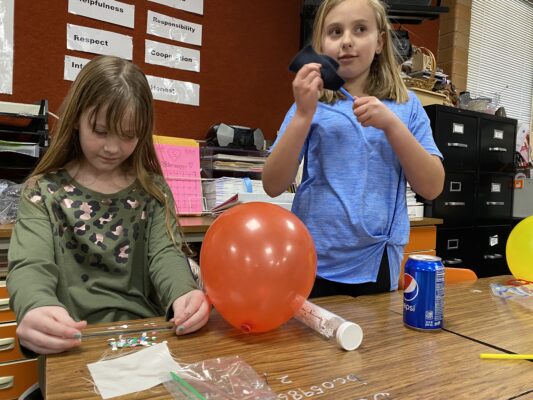 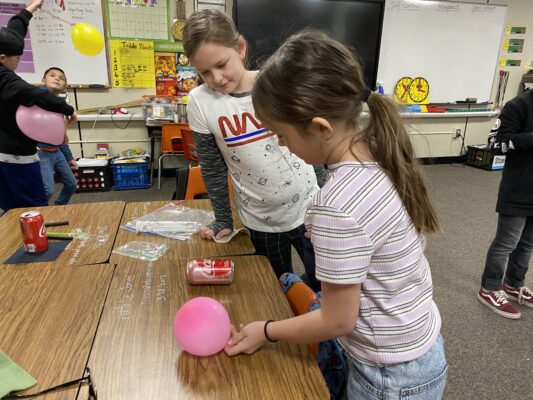 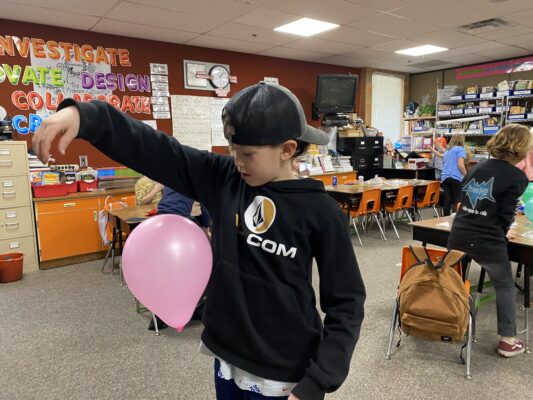 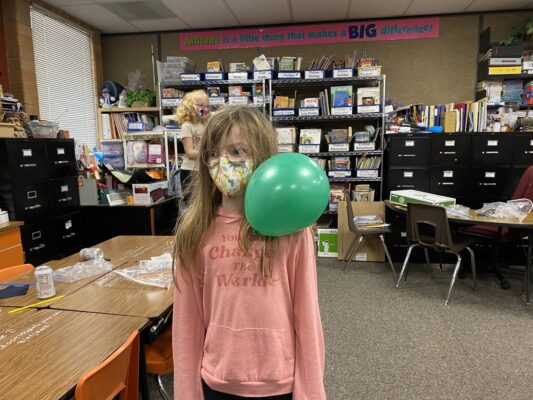 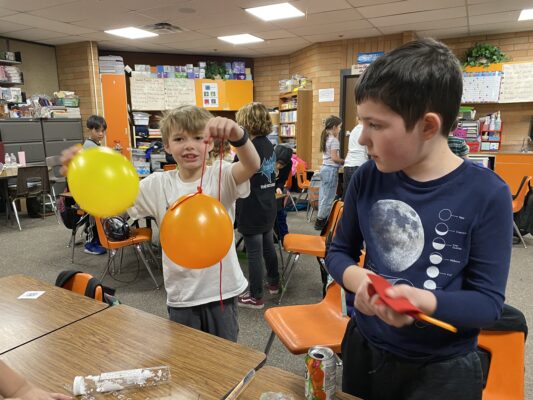 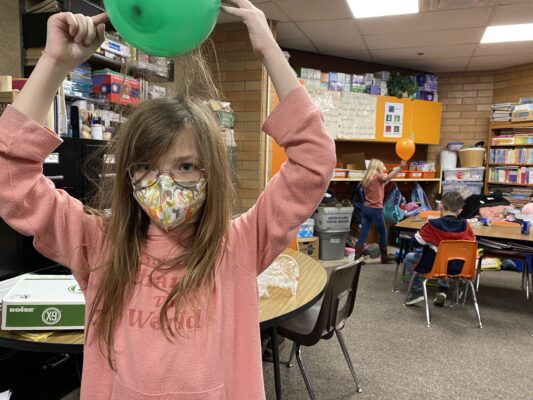 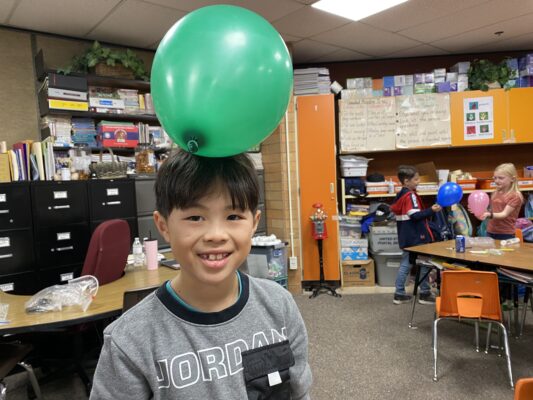 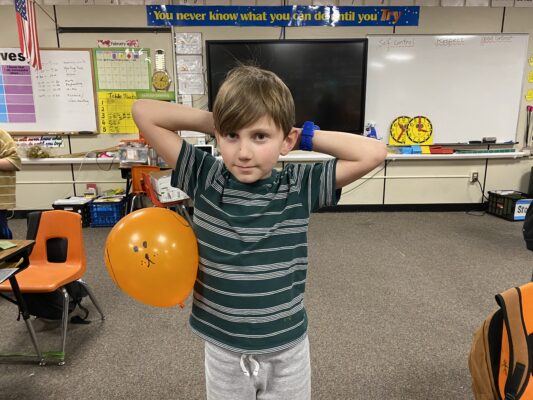 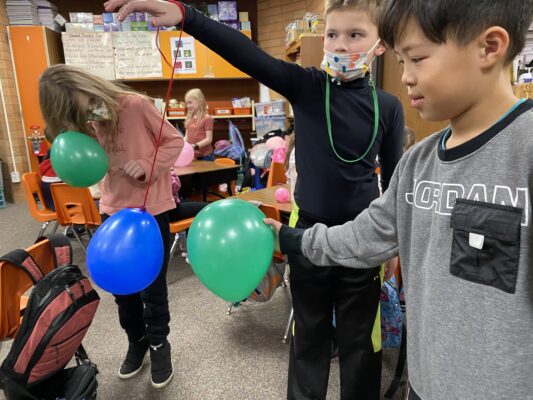 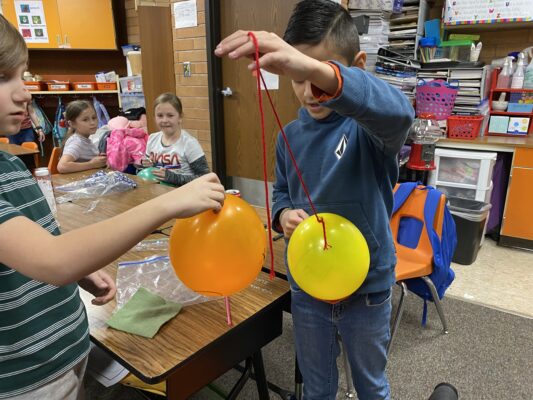 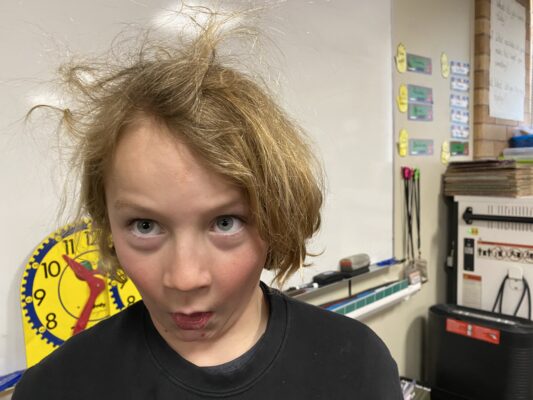